Light consists of an endless number of light dots, reflected by objects or people, spreading linear or in waves, leading to this phenomenon in the dark. The dark room is camera obscura, in which light falls through a small hole to project an image upside down, inverted and in natural colors. 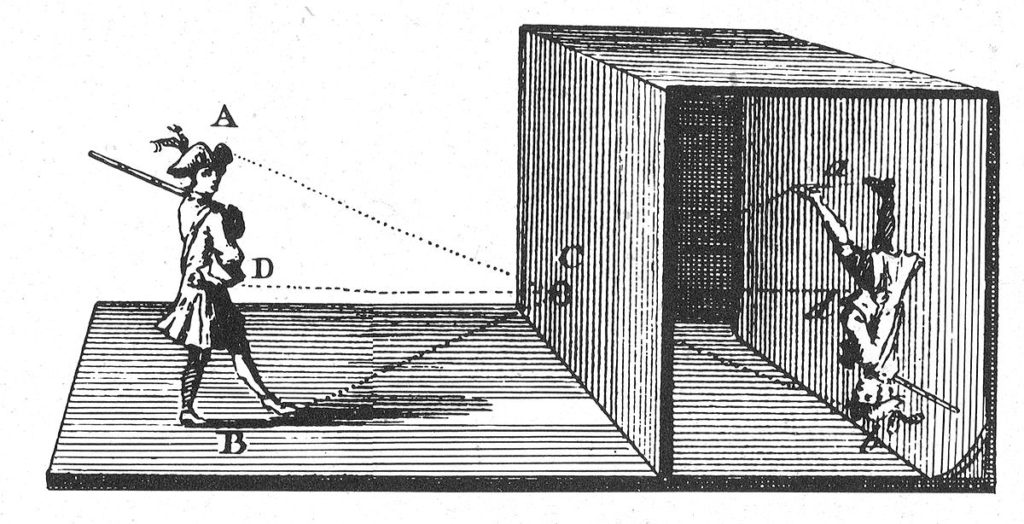 Iraqi scientist Alhazen invented camera obscura, which is also described in his Book of Optics (1011-1021). English scientists Robert Boyle and Robert Hooke later invented a portable camera obscura in 1665-1666. In the 1500s many artists, including Michelangelo and Leonardo da Vinci, used the camera obscura to help them draw pictures.