In 1839 Louis-Jacques-Mande Daguerre invented the daguerreotype camera. By 1850s daguerreotype studios appeared in United States cities and grew its popularity. In contrast to photographic paper, a daguerreotype was heavy and inflexible but was accurate, detailed and sharp. It has a mirror-like surface and is very fragile. Since the metal plate is extremely vulnerable, most daguerreotypes are presented in a special housing. 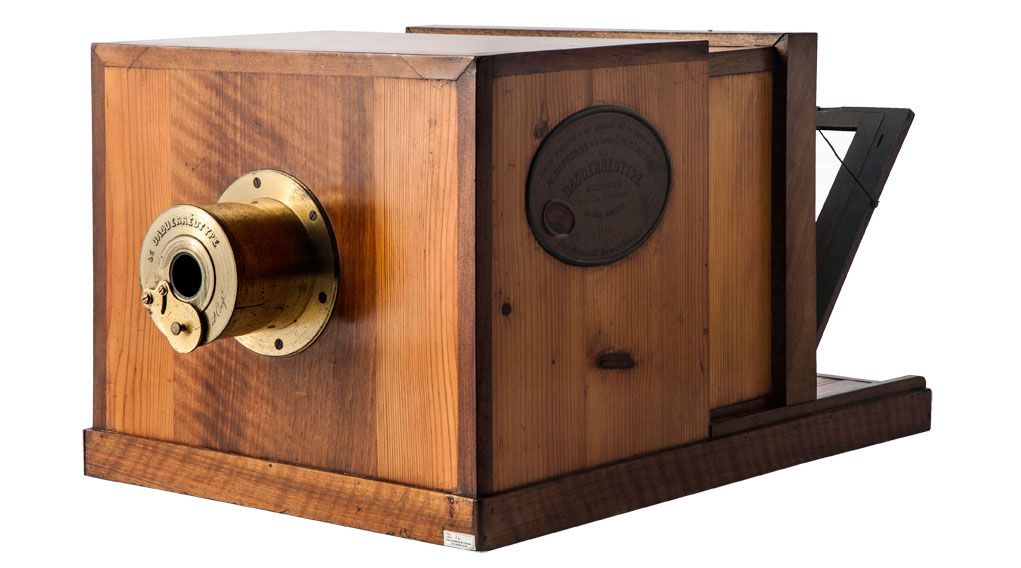 The daguerreotype marked a milestone in photographic history as portraits became popular among politicians, celebrities, and the growing middle class. America’s First Look into the Camera contains portraits of both famous politicians and anonymous men showing insight into the people, the policies of the nineteenth-century United States including the colonization of Liberia and effects of the Industrial Revolution.