Lens Diffraction in photography results to the softening of image as you use smaller and smaller f stops. As you stop your lens down to smaller f stops like f/16, f/22, f/32 etc., we tend to lose some sharpness in the overall image. Lets understand it technically. When the light wave hits an obstacle which is the blade of an aperture, it starts to disburse. This result in the change in the traveling distances of the light wave and they begin to interfere with each other.  When this happens, the image gets softer.

Now let’s understand how it affects our sensor. When light from a source point passes through a small aperture it does not produce a bright dot as an image, rather a defused circle disc which is called Airy Disc. When the lens is wide open, there is very little lens diffraction so we get nice clean circular dots. As we stop down gradually the circular dots gets softer and softer. Let’s think these airy disc as the light projected onto our individual pixels. At wide aperture we have sharp clean circles within the boundaries of our individual pixels. When we stop down the aperture, the lens diffractions increases and the airy discs gets larger and softer. And at the smallest aperture it gets spill over the boundaries of the individual pixels.  This is where we lose sharpness.

This happens with all the lenses, including the top of the line lenses. With a small aperture we get larger depth of field, however as the aperture gets smaller and smaller, we get into the zone of lens diffraction. 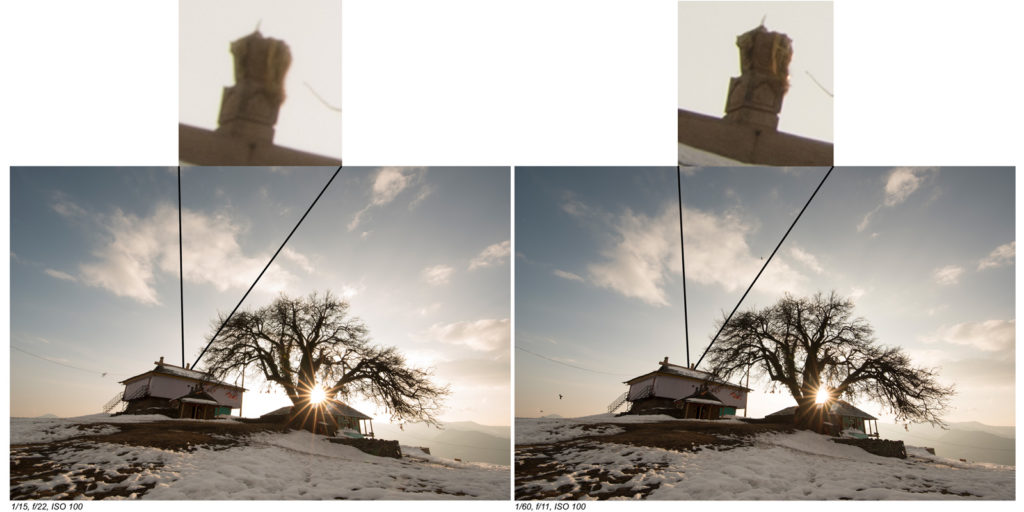