The first camera phone was sold in 2000 in Japan, a J-Phone model, although some argue that the SCH-V200 and Kyocera VP-210 Visual Phone, both introduced months earlier in South Korea and Japan respectively, were the first camera phones. Camera phones are simpler than separate digital cameras. Their usual fixed-focus lenses and smaller sensors limit their performance in poor lighting. Lacking a physical shutter, some have a long shutter lag. Photoflash is typically provided by an LED source which illuminates less intensely over a much longer exposure time than a bright and near-instantaneous flash strobe. 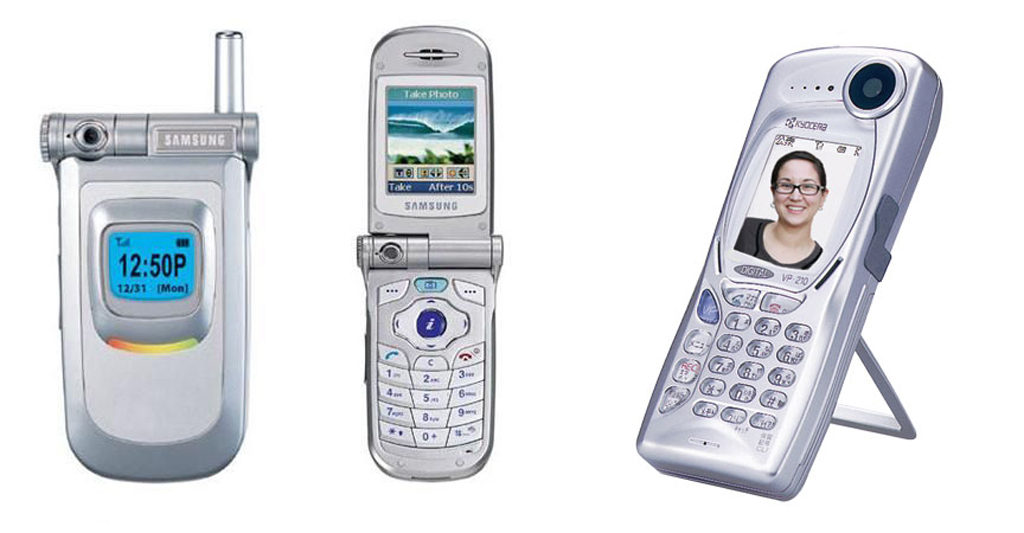 The principal advantages of camera phones are cost and compactness. Smartphones that are camera phones may run mobile applications to add capabilities such as geotagging and image stitching. Also, smartphones can use their touch screen to direct their camera to focus on a particular object in the field of view, giving even an inexperienced user a degree of focus control exceeded only by seasoned photographers using manual focus.