The history of the single-lens reflex camera (SLR) begins with the use of a reflex mirror in a camera obscura described in 1676, but it took a long time for the design to succeed for photographic cameras.

SLR is a camera that typically uses a mirror and prism system (hence “reflex” from the mirror’s reflection) that permits the photographer to view through the lens and see exactly what will be captured.

The first SLR camera didn’t have the kind of viewfinder, it was built in Hungary in 1948, and resembled a rangefinder camera, using an intricate system of mirrors to project the image onto a small viewfinder.

In 1949, Zeiss built on this design, launching the first SLR with a pentaprism viewfinder. Despite their utility relative to rangefinder or large-format cameras, these SLRs weren’t perfect, as they lacked features that even film SLR users of the 70’s would take for granted.

In Japan 1919 ,Asahi Optical Company was the first to introduce many of the features that are common in SLRs as we know them today. In 1952, they launched the first-ever Japanese SLR, known as the Asahiflex, which featured an eye-level viewfinder. 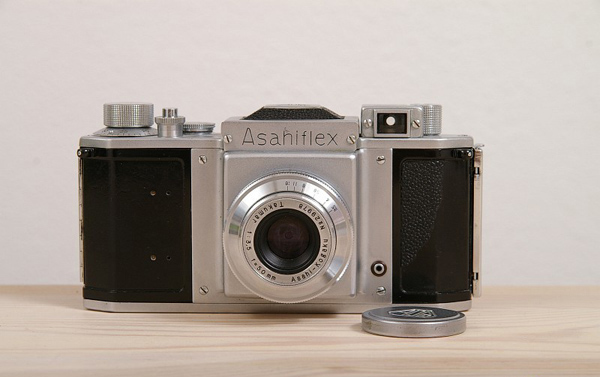 Although the Pentax was not the first SLR to employ a pentaprism viewfinder (as mentioned, Zeiss had done so in 1949), the following features were unique to it, most of which we would take for granted today:

a.     An instant return mirror

b.     A microprism focusing screen

These features accomplished that the photographer could finally spend more time looking through the viewfinder, rather than constantly having to take his eye away to adjust knobs on the body. The camera’s control layout would eventually be adopted by most camera manufacturers. The camera also featured a new M42 lens mount, which would become standard on other cameras of the era. The Pentax became so popular, that Asahi chose to change their name to “Pentax Corporation,” a company which hardly gets any recognition nowadays for its continuing innovation.

The modern-day photographic giants, Canon and Nikon, followed in the footsteps of Pentax, each launching their first SLRs (the Canonflex and Nikon F, respectively) in 1959. While the Canonflex seemed to be two steps behind the competition, the Nikon F, which employed all of the features of the Pentax which was targeted at professionals, and demonstrated the superiority of the SLR, as well as the high quality of Japanese camera design. 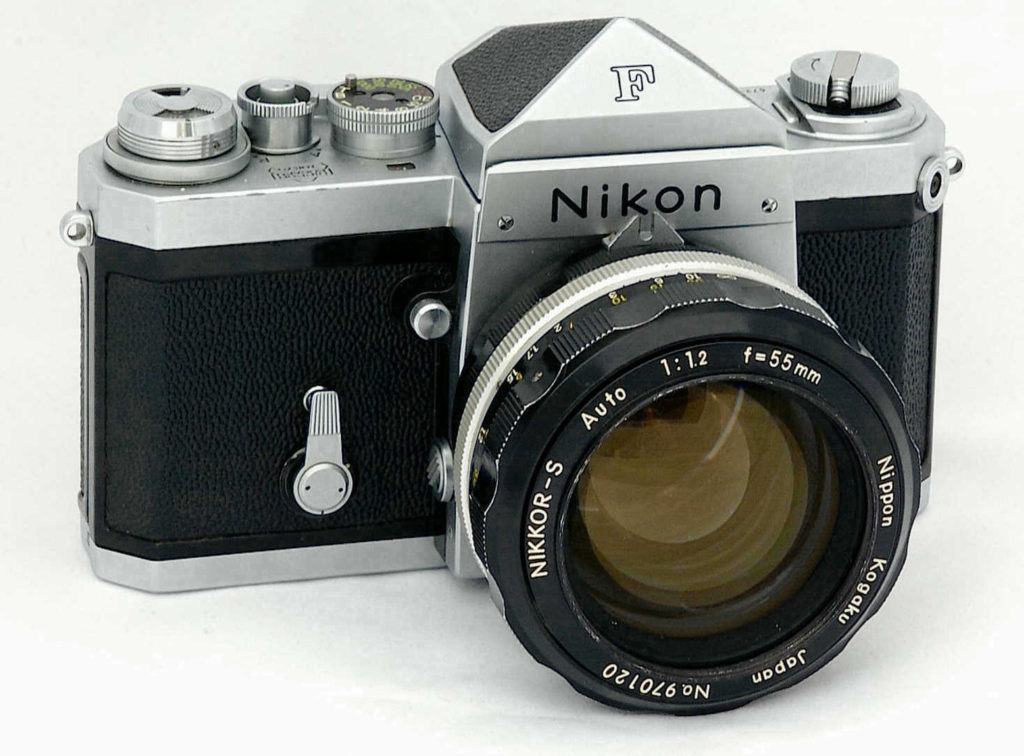 The Pentax Spotmatic, launched in 1964, was one of the first cameras to feature through-the-lens metering, and arguably the most successful camera of the decade. Its design was kept for later Pentax SLRs, including the K1000, which became one of the most popular cameras among students and was produced through 1995. 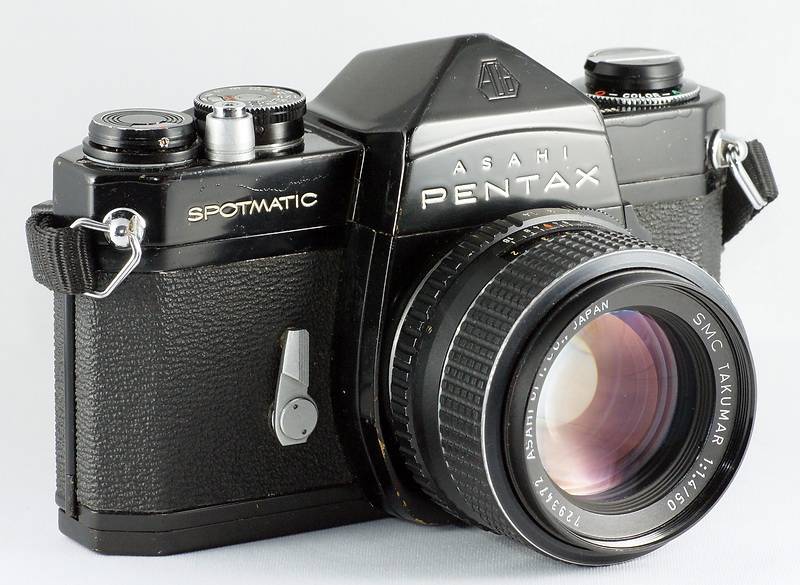 In 1971, Pentax launched lenses with the world’s first multi-layer anti-reflective coating (SMC), something that practically all modern lens manufacturers have adopted. Two years later, the Pentax ES marked the world’s first SLR with stepless electronic aperture-priority auto exposure (Av mode), meaning that its calculated shutter speeds were not confined to pre-determined intervals.In 1981, the ME F entered production, which was the world’s first commercially-available autofocus SLR. 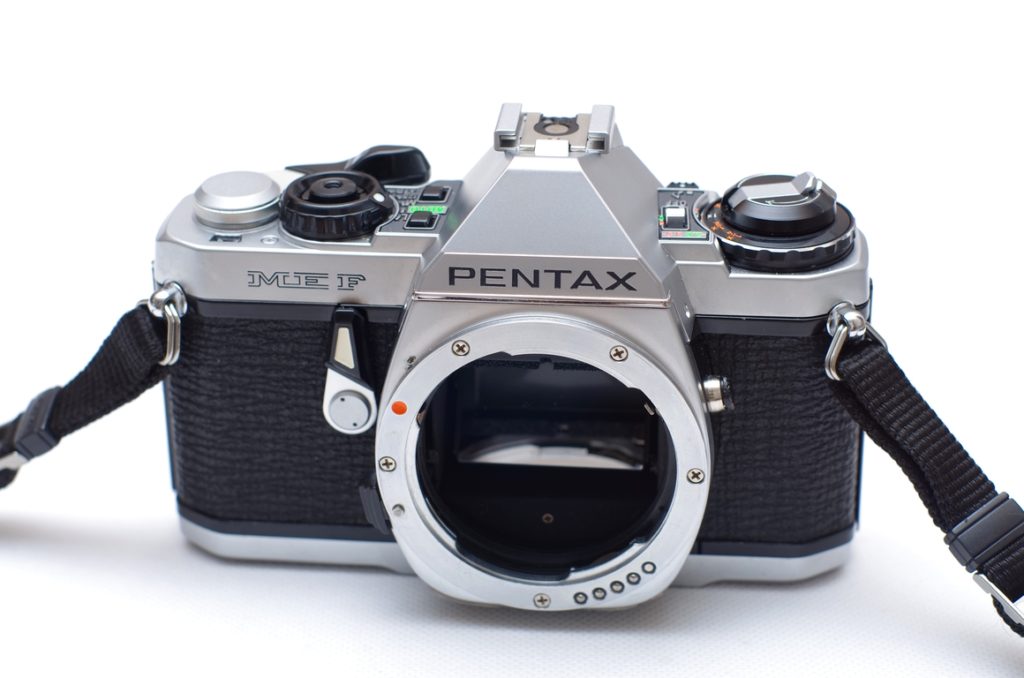 As stated by the Asahi Optical Historical Club, “The history of Pentax cameras is the history of the step-by-step development of the 35mm SLR, from the awkward equipment of the early days to the winning concept outperforming all other types of cameras. Pentax can claim more world’s firsts and SLR improvements than any other manufacturer in the world.”