A faster shutter speed always freezes the image movement because it remains open for a fraction of second. One of the most common practical applications is sports photography.

See how the dust particles are captured sharply in the above image. And the wheel also appears as if it is not moving where as the car was moving at a faster speed.

A slower shutter speed blurs the motion of the subject because it remains open for a longer duration. Anything which moves during the longer exposure time becomes blurry. Anything which don’t, remains sharp. 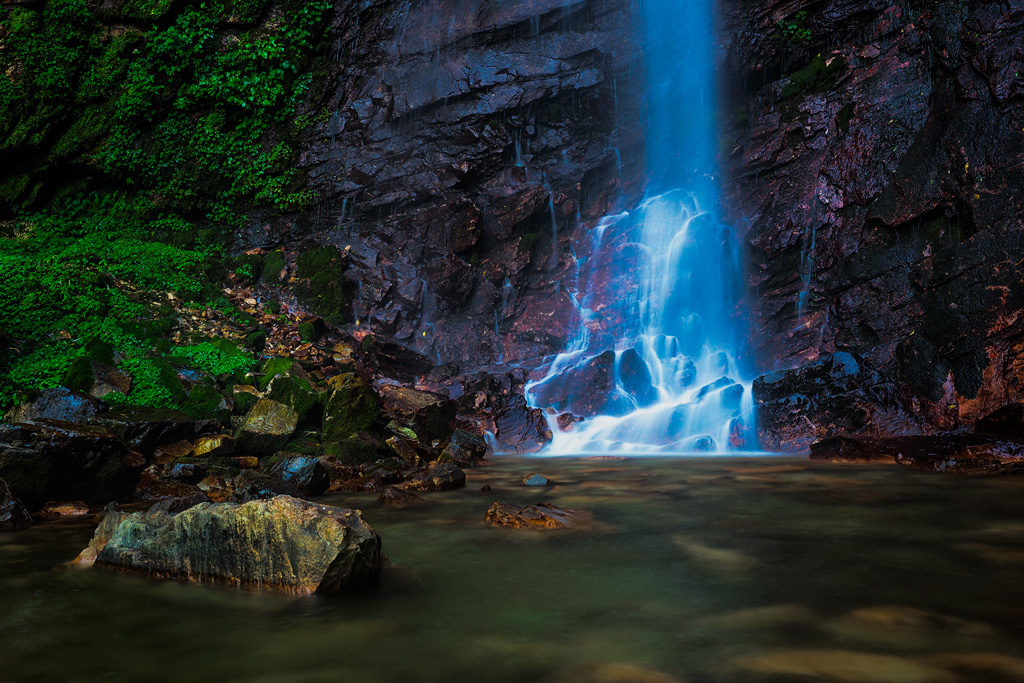 Notice, the moving water and some of the leaf are giving blurry effect because both are moving. Also notice the water, there are no ripples at all.  Rest of the elements in the picture is absolutely sharp. This can only be achieved with a slow shutter speed.