Normally I don’t believe in New Year resolutions. But when 2017 started, I thought of exploring at least one place each month which involves little bit or moderate trek. And I cannot ask for a better start to this mission… Bijli Mahadev. 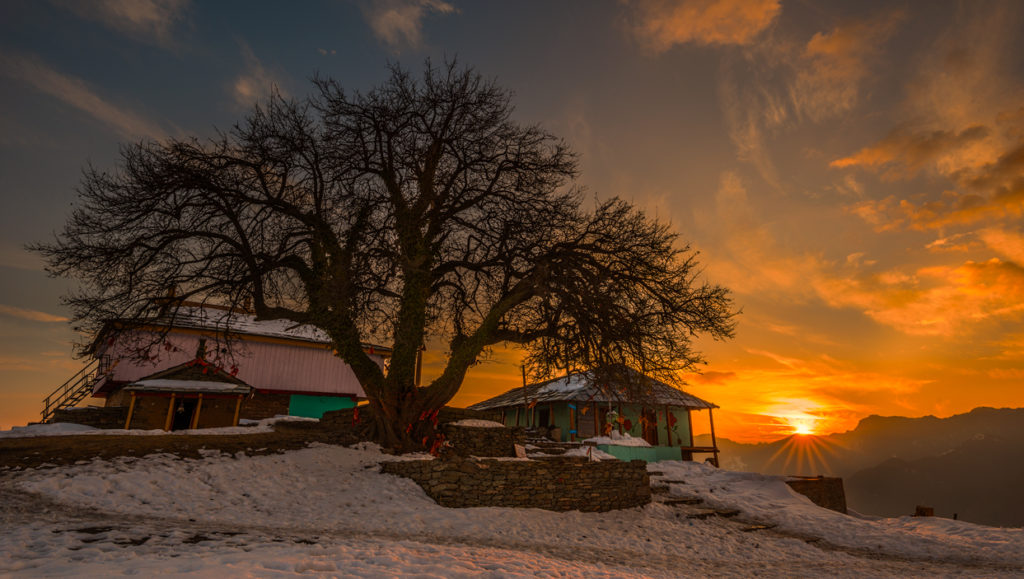 Bijli Mahadev, One of the sacred temples of Himachal Pradesh is one of the must visit places of Kullu district. Situated at a height of 2460 meters, it’s in a meadow with lush green forests in the surroundings.  The temple is around 22 km from Kullu which also includes 3 km trek. It’s a magnificent view from the top. Both Kullu and Parvati valley can be seen from the top. The 60 feet high staff of the Bijli Mahadev temple sparkles like a silver needle in the sun. In this temple of lightning it is said that the tall staff attracts the divine blessings in the form of lightning. It is believed that the priest of the temple has to restore the Shiva-lingam placed inside the temple using butter and sattoo after every lightning as it shatters to pieces with a flash of lightning. 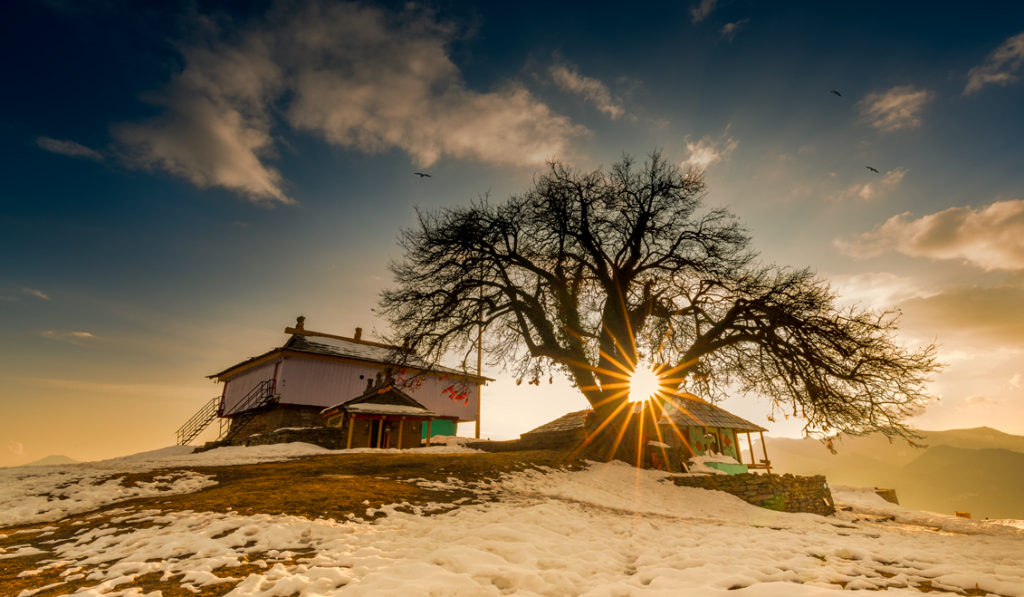 Well, 3 km trek, that too in winters. 3 km sounds easy. But we decided to take a non conventional route, which is a little more difficult but rewarding.  We decided to make one of my friend’s orchard at base camp and then to proceed towards the temple through the jungle. I have been to this orchard many times, primarily because it is one of the highest orchards of that area which gives us a spectacular sunset to capture. And if the weather is clear, the views of starts above Kullu are another attraction for a photographer like me.

The route was amazing with at least 10 to 12 inches of snow on the way. The atmosphere was calm, landscapes were untouched, the air was fresh and the trek was steep. And finally the reward was Priceless.

It needs a little bit of more energy to walk on snow. One has to be extra careful, particularly when descending. But it is worth. What you get to the top is a huge piece white land. The place was divine, the atmosphere was beautiful, the feelings were pure, and the sunset was icing on the cake.

I am sure, the view in summer would be great. But trust me, a little bit of extra effort to reach the temple in winter is much more rewarding and satisfying. 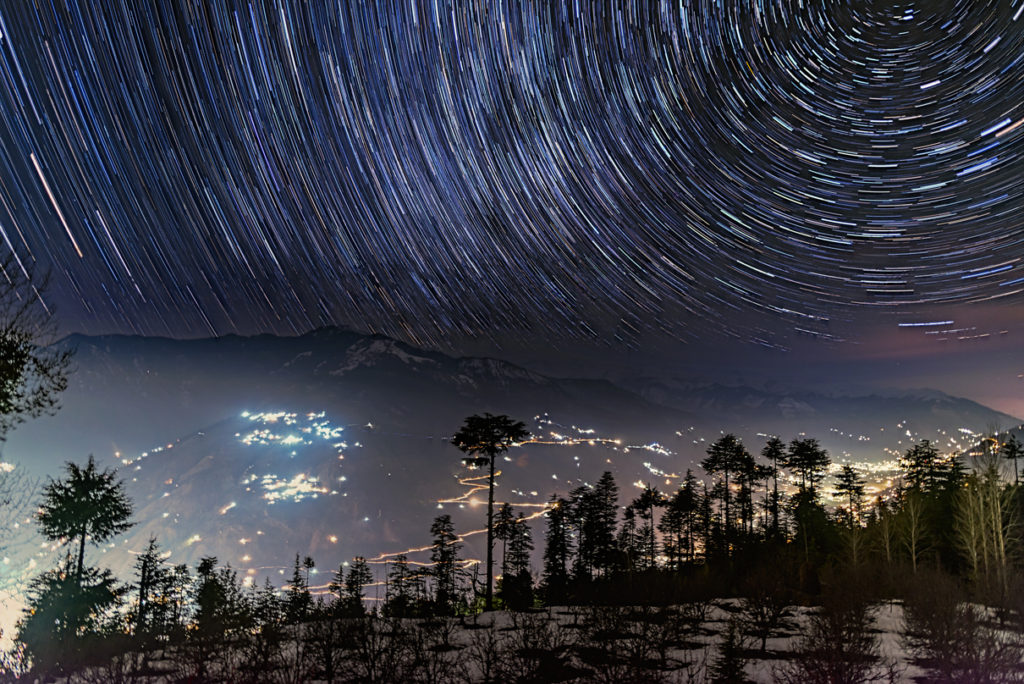