On the way back from Banjar valley, we thought to end our trip by visiting the Prashar Rishi Lake. We drove continuously and the last 10 kms after Bajora towards the lake was a bumpy drive which was worth it. Just a few km behind, a man asked us for a lift till the lake, who was the caretaker of the forest guest house at the lake. It was a relief as we didn’t have any booking for our stay and he helped us thereafter. Limited facilities for boarding and lodging is another reason why this place still retains its pristine beauty. 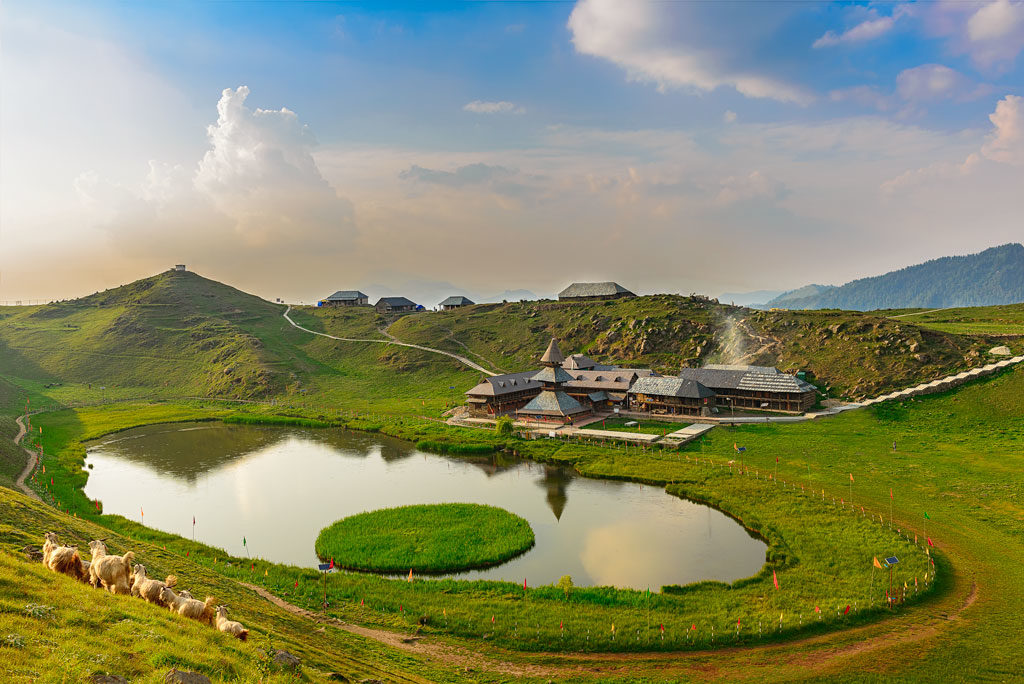 We had to walk about 500 meters up the hill from the parking till then our eyes were wounding around to get the glimpse of the natures wonder-freshwater lakes atop a mountain peak. With our eyes wide open getting a feel of serenity and tranquility we saw the lake along a magnificent and lofty wooden temple of Naga Devta, popularly known as the Parashar Rishi temple. A pristine elliptical Lake with deep blue water surrounded by a green carpet of wild verdure short hills on all the sides with mystique environment. The mountain covered with beautiful grass, giving a soothing green color to the landscape. Various snow-covered peaks of Dhauladhar, Pir Panjal and Kinnaur guard the sky in this Himalayan. 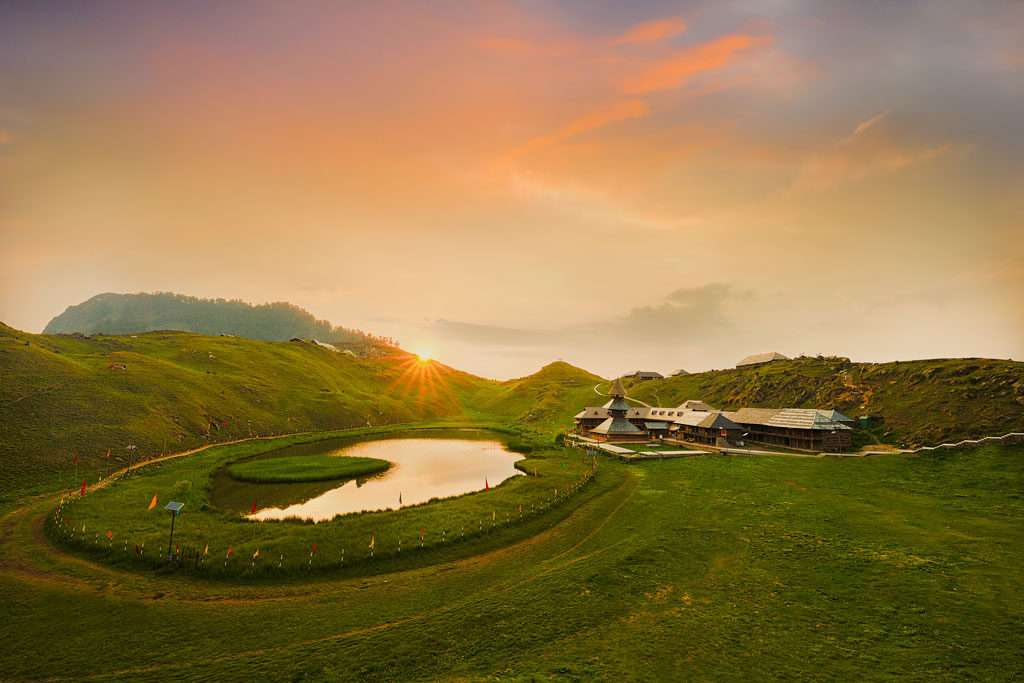 Wild horses, sheep and goats grazing in plateaus nearby. The wandering Gujjar’s, who establish their mayahras (makeshift shelter) are seen far around the lake. The weather changed every few minutes. Rain accompanied by thunder and lightning and the sudden appearance of golden sunshine. Cold wind blowing from mystic mountains on the horizon with a meditative feel looking at them. Surrounded by snow-capped peaks and looking down on the fast-flowing river Beas.

Prashar Lake is located at a height of 2730 m above sea level and 49 km north of Mandi, Himachal Pradesh, India, with a three-storied pagoda-like temple dedicated to the sage Prashar, who meditated here. The temple was built in the thirteenth century. The age –old curiously attenuated wooden temple of Parashar Rishi is one of the most interesting and significant examples of multi-tiered pyramidal (hansakaran) temples in the western Himalayan region.

Prashar Lake is also famous for the small circular island on its surface which keeps on changing the location from time to time. According to locals, they have seen the same location of the island for months in a row and then it suddenly changes many times within a month. So, there is a mystery surrounded by movement of the island and also not being able to determine its depth. 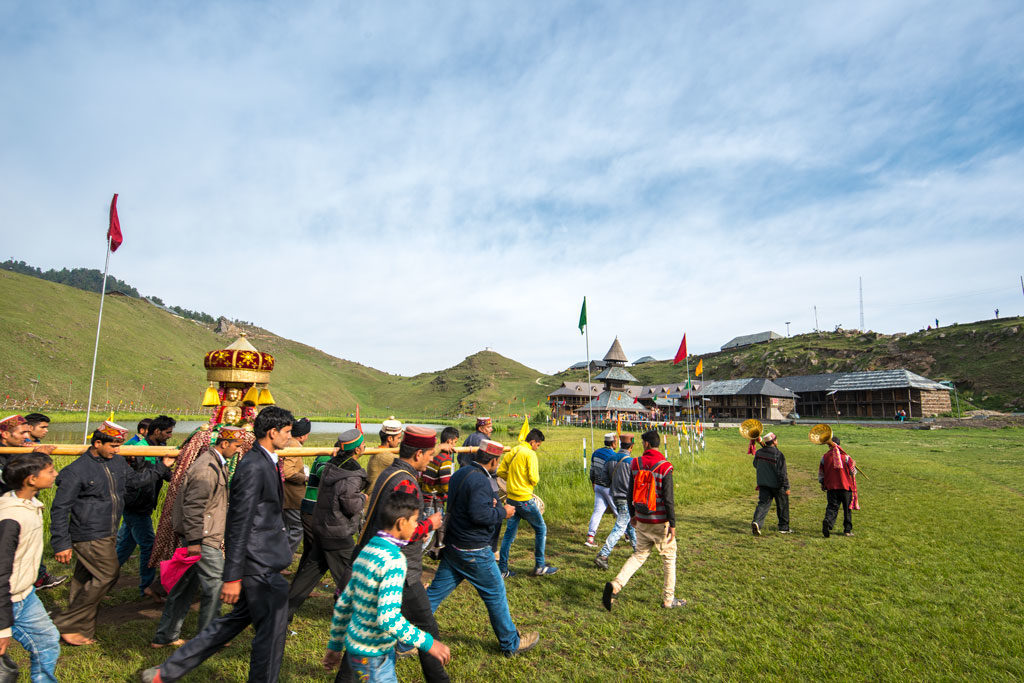 We spent our entire day in and round the temple and the lake. We also planned to spend the night in the temple as basic accommodation was there in the temple itself. Suddenly we heard the loud sound of drum and trumpet and a group of people coming towards the lake, carrying a decorated structure on their shoulder. Sounds which made our eyes wander again and made our hearts beat fast. We were told by the temple Pujari that a Devta has come to visit the temple. Many Devtas (God of a particular region/village) from different parts of Himachal visit the lake as ‘the ritual bathing in the lake’ and paying homage to the sovereign god of the area. 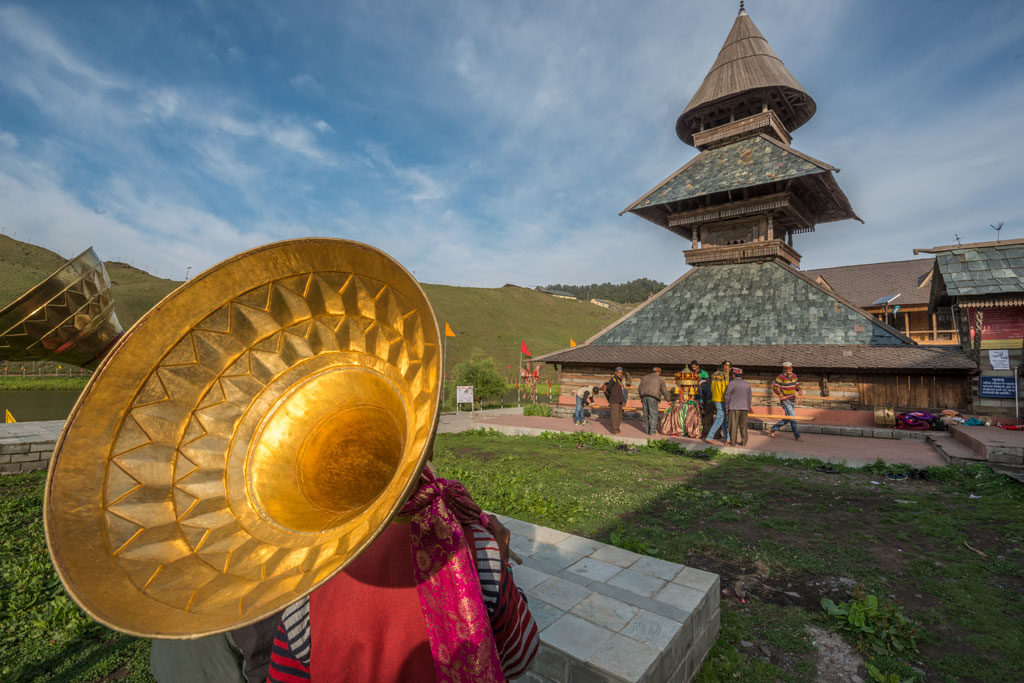 On that occasion, nature, the gods and the people indulge in merriment in unison. Two Devtas had arrived by the evening and were placed at the doorstep of the temple. The ritual was to happen the next day in the morning. We were very lucky to witness the ritual of bathing two different Devtas. Indeed, it was a powerful dose of faith and religion which kept us mesmerized all day. 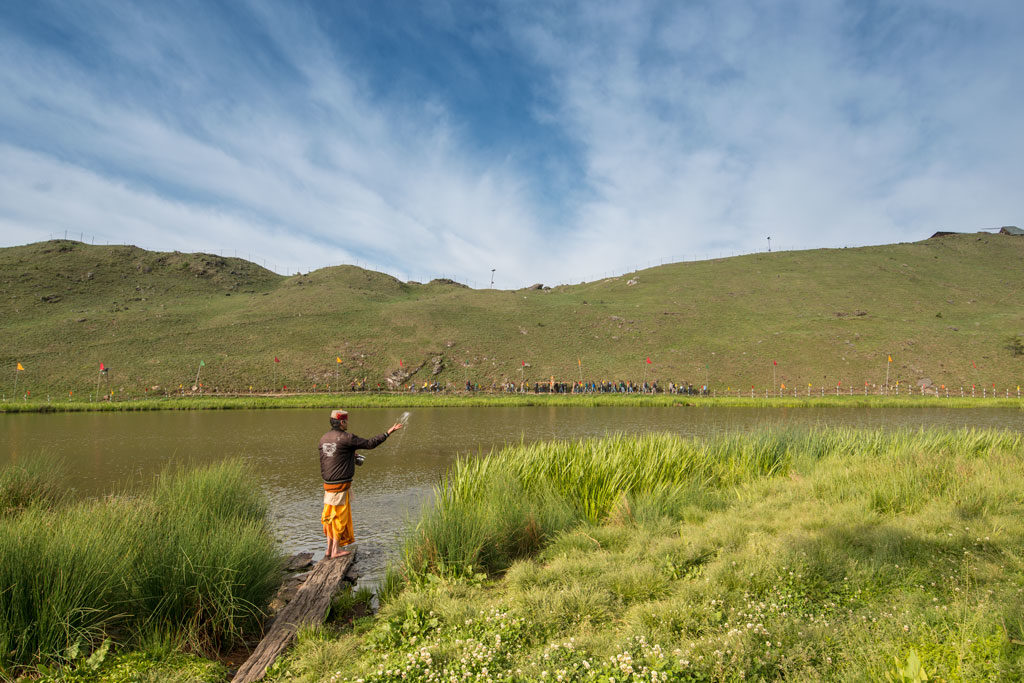 That’s what Lake Prashar is! One of the most beautiful powerhouse weekend trek.