We were not able to make any plan for many days, then suddenly one holiday came so,  we just backpacked and thereafter we started our trip for Chanshal Pass. We had never thought of it in any corner of my head…!! Sudden plans are always full of energy with lots of adrenaline rush ….!!!!!!….WOOOO….!!! What a feel, can’t express in words…!!!!!! 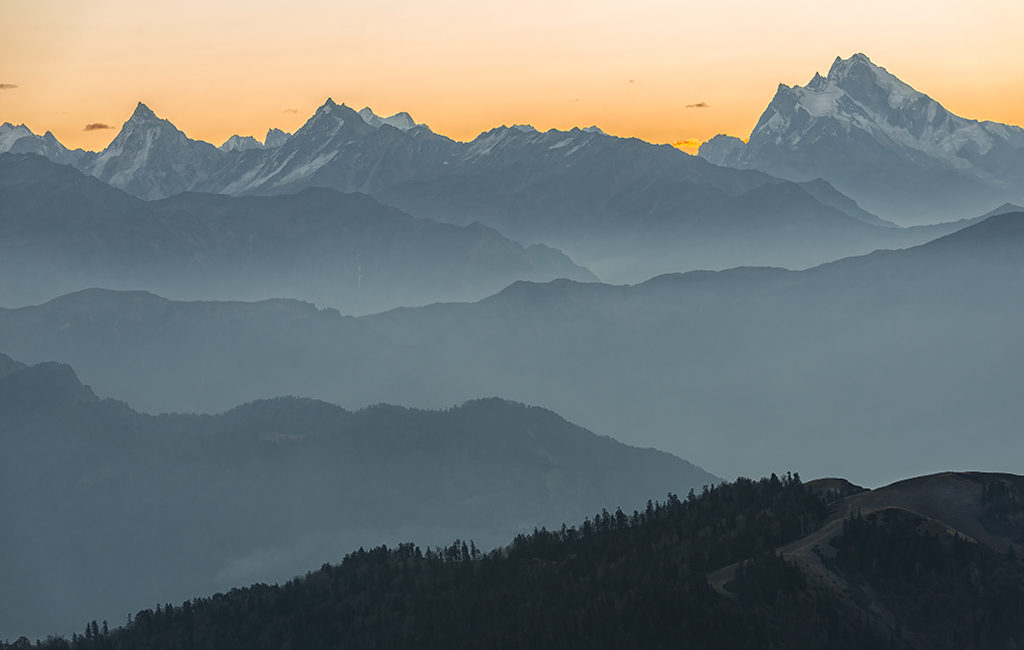 The Chanshal Valley is also known as Chanshal pass and acclaimed for its scenic beauty. It lies in between Dodra Kwar and Rohru in the Shimla district of Himachal Pradesh. This place is approximately 160 km from Shimla and accessible by road. All the way we had wished the weather should be good as didn’t want to get stuck because of snowfall.

We went in the month of December which is very unlikely for anyone to explore this region because of heavy snowfall. The best time to visit this valley is May to October because  the rest of the time there is heavy snowfall in the region so it becomes difficult to reach here as most of the roads are blocked. This region is also known for its strong wind flow and one need to be behind rocks to avoid the cold air flow.

The take off point for Chanshal pass is from the pretty village of Larot around 32 km from Rohru, on the Rohru-Chirgaon-Chanshal-Dodra Kwar road.Our trip has been just fantastic ,but because of forest fire in the sky was not clear as it should have been during this month of the year. About 20 KM of last stretch is dirt and narrow which goes though Apple Orchids. We fought through the tough terrain and eventually made it to the summit. The last 20 kms took us more than two hours.

We witnessed the magnificent Sun rise at 6 ‘clock in the morning after a tough  drive over the black ice from the village Larot. Unbelievable is the only word to express…!!!! All our tiredness just vanished as extreme cold wind cross our faces, which was heavenly…!!The mighty Chanshal Pass stood conquered; but proud nonetheless ,and we just stood there and savored the thin air at 12,303 ft. The highest point of the Chanshal ranges stands at 14,800 ft.

The view from Chanshal Pass was fantastic a unique experience, which is very rare. There are good meadows to pitch one’s tent for night stay. There are no shops or hotels on the top so you can’t expect to have food there but cold water flowing from ice melting peaks.

After spending good long hours at the Pass, we descended to the other side of the Chanshal Pass to the village Dodra. The lovely grassy slopes of Chanshal Pass are its most unique feature. The Dodra and Kwar villages beyond the Chanshal are connected to Larot and Rohru by a daily bus service. The bus to Kwar crossed us at the summit.

Again, the road was tough with single road. We crossed the pine forest which was dry because of the winters and was expecting snowfall any day from now. The drive and view was beautiful and all along the way we were talking that will come again during the month of May to witness the green part of this region. Slowly and steadily we crossed all the turns and not expecting anything from the front…Suddenly we see something…. Unimaginable view…!!! The Dodra Village…!! It lied in-between the mountain and hidden…!! Extremely extraordinary with its’s classic old architecture which was still maintained by the village…Just Beautiful …!! We felt blessed!!

We took a break at the Village Dodra for breakfast at the only one Dhaba; The Negi dabhba. We had fresh and humbly sieved food. All our energy was back and got ready to explore more areas around the Dodra Village.

We were told about the Rupin River flowing down with some beautiful waterfall nearby. We left our baggage at the Dodra guesthouse and started our drive toward the river. Explored the river and the waterfall till the that evening, all was just nature in its beauty…!!

Rested that night at Dodra Village and planned to rise up early, to witness the Sun rise at the Village and to explore the inside the village as to shoot with natural light. The weather was cloudy during the night and if it snowed we will get stuck for at least a week. We were told by the villagers that it won’t snow and it might snow after a day or so. 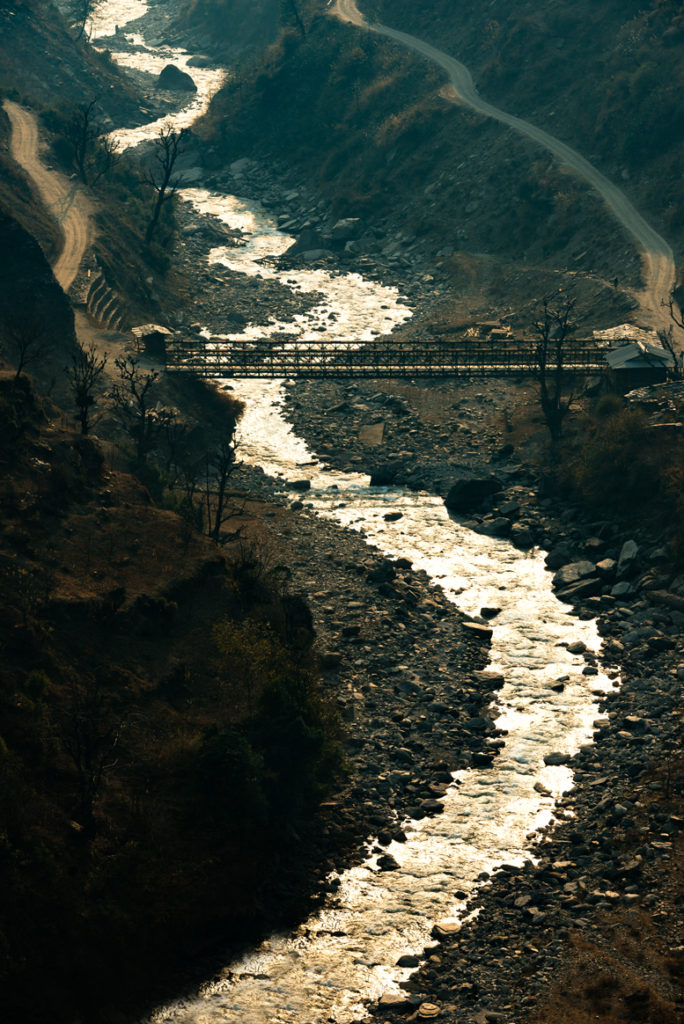 Everything went just perfect, we witnessed a tough drive, Sunrise at the Chanshal, classic village of Himachal Pradesh followed by sunrise at the village… All went as planned …!!! Only one wish kept on moving in our hearts to witness sunset at the Chanshal pass while going back.

We started our drive back and had a holt at the Chanshal Pass for Sun set. Again, out of the world was the view as if we were in heaven and next to  The God…!! The sun setting with the clouds and giving its golden glow…felt extremely happy and satisfied with the shots we took. It wasn’t easy at all, as the wind was extremely cold blowing at a speed so as we can hear the sound. Thick clouds were coming over the sky as if it might rain or snow. As it was getting dark we packed our photography equipment’s and started our drive back down toward the Larot village to the tough drive with black ice on the way and then to Rohru. 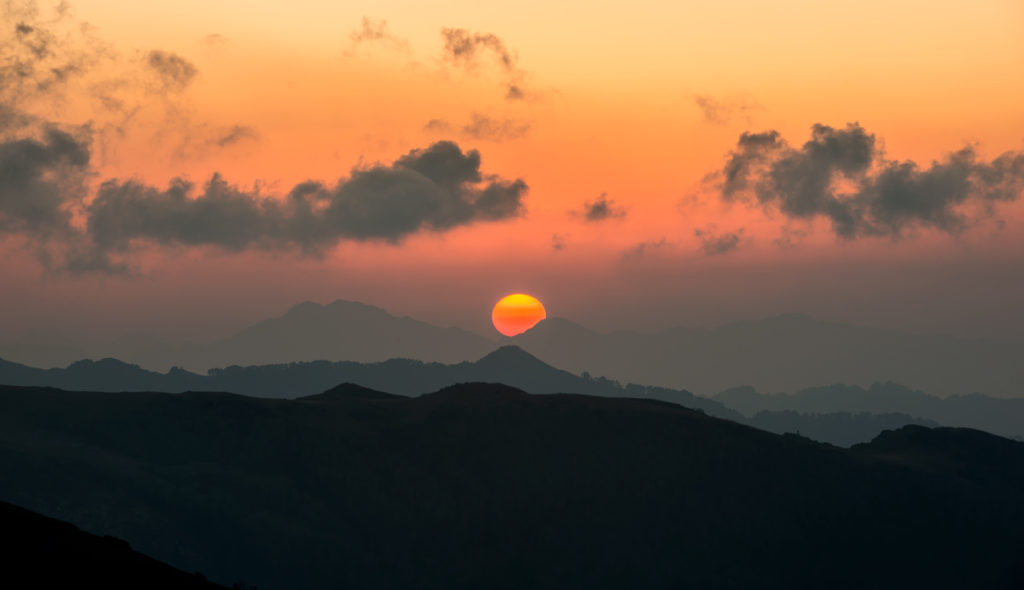 We halted overnight at Rohru, and the first thing that we hear ,it snowed at the Chanshal Pass..!! .Wooo Wooo….What a mixed feeling …!!!! We missed the chance to click snow or to be happy that we did not get stuck in the snow….!!!!  INCREDABLE EXPERIENCE….!!! We will come again Chanshal …!!!